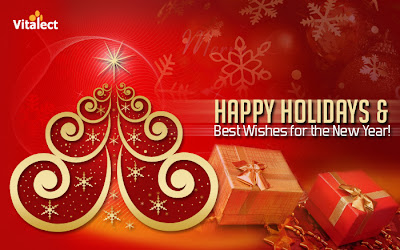 We thank all our customers, partners and friends for the opportunity to interact with
them during this past year. We hope you all had a good year!

Wish all of you a happy holiday season and best wishes for a great 2013!

Attending lectures and submitting assignments from your phone was an unthinkable idea about 10 years ago. The launch of the iPhone in 2007 started a mobile revolution that changed this perception. Nowadays phones with quad core chips with processing power that put ordinary desktop PCs to shame are available in the market. This smartphone revolution, spearheaded by the Iphone from Apple (running on the IOS platform) and Galaxy series from Samsung (running the Android platform) have swept across the globe. All major industries like Social networking, banking etc have latched on to this opportunity to reach out to a wider audience and developed mobile compatible software.  The elearning industry is no exception. Mobile elearning or Mlearning as some prefer to call, seems to be the next big thing in Elearning industry along with the tincan api (which is the next generation of Scorm).

However, in spite of so much hype, mobile elearning have failed to take off as was initially expected. A main reason for this is the fact that the small mobile screens restricts the amount of data that can be displayed at once due to the small resolutions. While video courses, especially lectures can be displayed on a mobile screen to some extend without much loss of data, complicated courses with annotations, side notes, animations, tests etc are next to impossible to be displayed on a small screen without major overhaul to the course structure. Merely reducing the resolution of the pages just makes them incomprehensible and its very difficult to provide attention to details. So the only option left is to redesign the entire course from scratch. To cater to this need some course authoring software applications have started to provide options to publish courses for mobile devices. But it will take some time before complex courses that require a high level of user interaction can be launched and taken from a mobile device as comfortably as from a PC or a Mac.

Even as the smart phone revolution was transforming the world, Apple started another mobile revolution by launching the iPad in 2010.