For Wall Street Occupiers or other decriers of the “social injustice” of college tuition, here’s a curveball bound to scramble your worldview: a totally free college education regardless of your academic performance or background.  TheMassachusetts Institute of Technology (M.I.T.) will announce on Monday that they intend to launch an online learning initiative called M.I.T.x,which will offer the online teaching of M.I.T. coursesfree of charge to anyone in the world.

I want to take this opportunity to thank all our customers, partners and friends and wish all of you a happy holiday season and a great 2012. 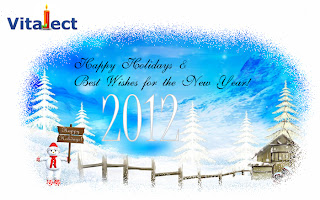 Lessons from the life of Steve Jobs

The legendary Steve Jobs passed away this past week. Everyone from billionaires to heads of state to the average Mac and PC user has praised Steve Jobs and expressed grief over his death. There is no question that Steve Jobs is an iconic figure in the technology industry, and it is saddening to lose him while still relatively young and at a time when he was absolutely at the top of his game. Under his leadership, the previously tottering Apple not only recovered but climbed its way to the very top to become the most valuable company in the world, based on market cap.
The company under his leadership (since his return to Apple) transformed the music industry, the wireless phone business, and created a whole new industry of tablet computers. He also significantly impacted the animation film industry through the success of his other company, Pixar Animation. Unlike most technologists and entrepreneurs who appear to succeed only once, Steve Jobs was distinctly different in that he constantly repeated his success. He never gave up and steadfastly pursued his dreams, and is believed to have never been driven by the riches or the fame that followed his success. He was clearly obsessed with the products that his company rolled out and pursued them to the minutest detail. He was a perfectionist and a strongly opinionated one.
His phenomenal success forces us to reflect and see what lessons the world can learn from his life and his legacy. Jobs had a fairly difficult childhood, where he was given for adoption, dropped out of school, etc. and eventually went on to start a company that practically created the personal computer industry. Also, he never had any fancy degrees. In fact, he had no degree at all! Yet he has left an eternal impact on one of the most intellectually demanding fields - Technology! If Jobs’ example is any metric, you don’t need fancy degrees in order to be successful. This does not mean that you don’t aspire and work towards fancy degrees, but fancy degrees alone won’t guarantee success.
The United States of America, for all its faults, deserves special kudos for being the country that facilitated the success of Steve Jobs. It is very likely that Steve Jobs might not have been as successful anywhere else in the world. His success is both a challenge and a message to people across the world. Those in government should be asking themselves as to what it takes for them to nurture the likes of Steve Jobs among their citizens. Those in education should be asking themselves as to what they could do to transform education in order to engage and encourage the brilliant yet unconventional and non-conforming minds. Parents should be asking themselves how they could encourage their children to pursue their dreams with limitless passion and devoid of the fear of failure.
The other debate surrounding Steve Jobs and his methods is the overall “closeness” of the Apple platform. Apple lost the desktop battle with PCs because the Mac was available only from Apple while PCs were available from a host of manufacturers. After his return to Apple, the Mac has come a long way and is rapidly gaining marketshare despite being more expensive. In the mobile world, the iPhone and the iPad are undoubtedly the best in class products, but Android-based phones and tablets are rapidly gaining market share and attracting a whole host of developers. The world outside of Apple seems to thrive on open source technology and the associated freedom. This begs the question -- is it better for hardware and software to be under the “control” of one company? Is the “Jobs-ian” approach the road to more reliable user-friendly products? Is this leadership at its best or dictatorship at its worst or is it somewhere in between?
Lastly, those in business can ponder over what might be the best management philosophy -- a centralized and tightly controlled management or a more free-wheeling approach based on equality, freedom, empowerment, and consensus. Conventional wisdom in today’s globalized world points to the latter, but Jobs clearly proved otherwise. His approach to everything, from management to Apple’s world view, seems to have revolved around “command and control.” At Apple, Jobs called the shots. He led from the front. He was the only public face of the company and the “cracker of the whip” in private. Tim Cook, who heads Apple today, was unknown to many until a few months back. Failure was not tolerated, as in the recent cases of the MobileMe service or the iPhone 4 antenna fiasco, where heads rolled.
But what does the future hold for Apple? Can it maintain Jobs’ intensity? Can it continue to churn out wonderful products like it did under his leadership? The state of Apple after a few years will serve as an excellent data point for business education and practice.
It is mind-boggling to imagine that one individual could have positively impacted the lives of so many, both directly and indirectly. In his passing, he leaves the world with plenty to think about and a deep void that is unlikely to be filled anytime soon. I have said this before in an earlier post and I’ll say it again, “Steve Jobs, Tussi sach much great ho!” (Steve Jobs you are truly great!)
This article was originally published in the Economic Times website.
Posted by Pran Kurup at 11:17:00 AM